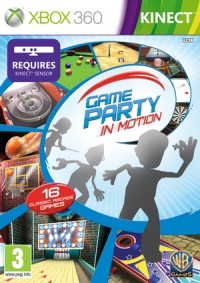 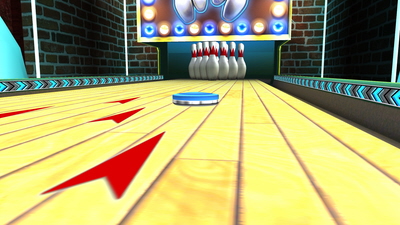 Game Party in Motion offers some less frantic games on Kinect, Microsoft's motion sensing controller. And as one of the first third party minigame collections it has a chance of stealing a march on the competition this November.

The original Game Party was released for Wii by the now defunct Midway Games and whilst it was poorly received by the critics, sales in excess of 3 million for the series have secured it a future.

Now owned by Warner Brothers, this new entry will be exclusive to Kinect and will hopefully see the series reach a higher bar for quality spread over the 16 included mini-games. By including more unusual activities it might be able to differentiate itself from other launch games. Titles such as Kinect Sports and Kinect Adventures are going for higher energy distractions. In Game Party however you will be playing games like pool, puck bowling and air hockey.

The real trump card though might be the inclusion of Root Beer Tapper, based on the famous Midway arcade game of the same name. This is a game of serving beer and clearing glasses before punters become angry in a classic plate spinning mechanic. Making sure you are "in the game", you will be able to use your avatar - I like the way Microsoft are less protective of avatars than Nintendo are with their Miis.

Early previews have talked about the amount of lag between your motions and the onscreen action, but until the firmware for Kinect is finalised any conclusions will have to wait. This could be a great family title for Xbox 360 this Christmas.

Game Party in Motion will be released for Microsoft Xbox 360 Kinect on 5th November.

You can support Paul by buying Game Party in Motion