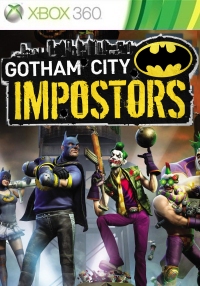 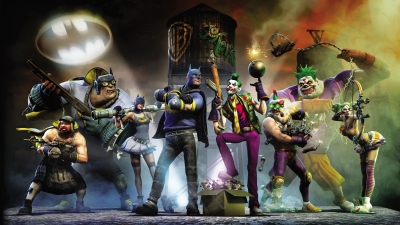 Gotham City Impostors brings team-based shooting to Batman's home town, but could prove a hard sell to fans of a character who famously never uses a gun.

Batman hates guns. When young Bruce Wayne saw his parents gunned down in the street, that pretty much settled his relationship with firearms. Growing up to become Batman, he may use the odd gadget to augment his tremendous hand-to-hand combat skills, but Batman never, ever uses a gun.

All of which makes the idea of a Batman-themed first person shooter seem like a spectacular example of missing the point, and a surprising use of the Bat-symbol for Warner to approve for release.

Gotham City Impostors is set to be a downloadable title available via XBLA and PSN as well as on PC, and promises team vs team multiplayer online battles as Batman and Joker themed gangs fight it out on the streets of Gotham.

It's the gang concept that may make Gotham City Impostors palatable to comics fans, as well as providing room for the kind of player customisation and variations that wouldn't be allowed if the game used existing characters. Instead of playing the 'real' Batman or Joker, you'll get to customise a character wearing either home-made bat armour or bespoke Joker duds.

There's actually some precedent to these gangs in other media: both comics and cartoons have shown Joker-themed gangs in a future setting, while movie The Dark Knight featured a tribute-act of Batman-impersonating vigilantes. The concept art so far suggests a cartoony, fun approach to the material, with at least one overweight Batman and a motley collection of Jokerz.

With FEAR developer Monolith working on the game, there's plenty of scope for some fast and frenetic multiplayer fun in Gotham City Impostors. Regardless of the quality and the narrative distance from the Dark Knight himself, it's still hard to see Batman approving of any of it.

Gotham City Impostors is in development for Xbox 360, PS3 and PC, release date to be determined.


You can support Paul by buying Gotham City Impostors