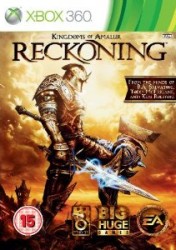 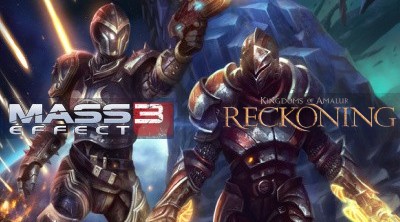 Kingdoms Of Amalur: Reckoning will be trying to woo the Skyrim crowd this February with some heavyweight names and an fascinating cross-promotion with Mass Effect 3.

Given that nearly everyone I know who is playing The Elder Scrolls: Skyrim seems to have disappeared off the face of the earth since its release last November, I'm not sure how much appetite they will have for another epic roleplaying adventure so soon. However, Kingdoms of Amalur: Reckoning comes with a solid fantasy heritage which should set it in good store. The story is written by fantasy fiction legend R.A. Salvatore, with some design by Todd McFarlane, comic-book author and creator of Spawn. The game itself is designed by Ken Rolston, who designed two previous Elder Scrolls titles.

Conversely, playing the Kingdoms of Amalur: Reckoning demo before Mass Effect 3 will give access to some gnarly fantasy armour and a Chakram Launcher in the sci-fi roleplaying epic.

Perhaps disappointingly for some, Kingdoms of Amalur: Reckoning features no multiplayer co-op. However, the designers have promised that this is because the story and singleplayer experience is focused on a solo experience. It will be interesting to see how this decision pans out on its release. It's worth noting that the world explored by this game will set the scene for an upcoming MMO, so there is multiplayer action promised for later, albeit in a different title.

Kingdoms of Amalur: Reckoning is currently planned for release on the Xbox 360, Playstation 3 and Windows PC February 10th 2012.


You can support Paul by buying Kingdoms of Amalur: Reckoning