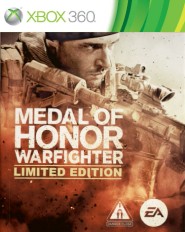 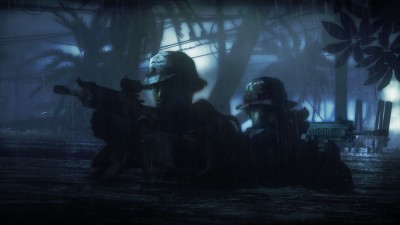 Medal of Honor: Warfighter takes the fight against terror around the globe and delivers a shooter which focuses on the lives and experiences of those engaged in conflict (ed: by this we mean the people with the guns?).

It's a crowded marketplace for military shooters these days, with competition from the ever-popular Modern Warfare series and the recent Battlefield 3, but those with a long enough memory will remember that the first Medal of Honor set the standard for attempting a military-authentic console shooter back in 1999.

It's a clear sign that the Medal of Honor reboot was received favourably that this sequel is on the cards and due for a prompt release. EA evidently feel that there is space for a shooter of this quality even alongside their own Battlefield marketing.

The Medal of Honor series has always had a particular focus on depicting the real events of warfare and the kinds of demands that this places on its participants. I've always believed that this is because of their continued association with the Medal of Honor itself, the highest military decoration a US soldier can receive. The series carries a weight of responsibility to be as authentic as possible, without glamorising or cheapening the source material.

In the multiplayer, for instance, players can be globally represented by the special forces equivalent in their own region. Although this is obviously limited there are a huge range of different groups around the world which have been represented.

Medal of Honor: Warfighter is a sequel to 2010's Medal of Honor reboot. What sets these games apart is the way that the scenarios and events are based on experience and advice given to the game developers by personnel currently in active service and - more often than not - currently on deployment. Medal of Honor: Warfighter moves that action beyond the contemporary conflict in Afghanistan as depicted by the last game and challenges you to a series of global threats. This includes rescuing hostages in the Philippines and eliminating the pirate threat on the Somali Coast.

Medal of Honor: Warfighter is currently planned for release on the PlayStation 3, Xbox 360 and Windows PC on October 23rd 2012.


You can support Paul by buying Medal of Honor: Warfighter