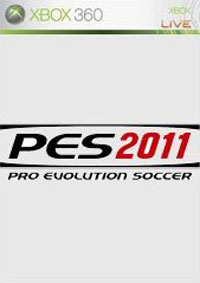 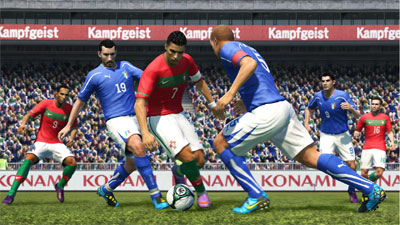 Pro Evolution Soccer 2011 has undergone a dramatic overhaul to bring the most advanced set of gameplay options to this latest version of the series. Utilising over 1000 new animations the game promises to deliver greater control and realistic looks to passing, shooting and crossing the ball. With a new power gauge and customisation options extending to custom stadiums, PES 2011 hopes to match its fiercest football rival step for step.

Total control is Pro Evolution Soccer's new buzzword and an all-new power guage system allows us to govern the strength and position of each pass. The ability for complete 360-degree control also allows for some new tricks and feints, as well as a layer of realism to the passing system. Customisation options have also been expanded to include stadiums and players can now create their unique home ground to use in the game.

A revamp of the Become a Legend mode has made it to all versions of the new game alongside reworked jostling, dribbling and hold-up play. Motion controls are fully implemented in the Wii version while the graphics on the Xbox 360, PS3 and PC have been improved to add realism.

You can support Paul by buying Pro Evolution Soccer 2011