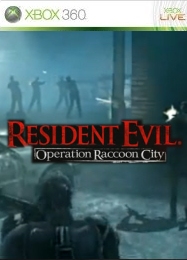 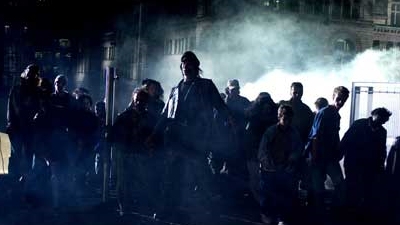 Resident Evil: Operation Racoon City will turn back the clock on Capcom's survival horror. Running concurrently with Resident Evil 2 and 3 it focuses on the Umbrella Corporations' Security Service as they try and cover up the effects of the deadly T-Virus.

Resident Evil: Operation Racoon City returns to the Umbrella story arc and brings the evil corporation back to the fore as a lead protagonist. It follows a small four man Umbrella Security squad as they are thrust into the infected middle American city.

The story follows their efforts to cover-up the company's mistakes as they combat the usual zombies, characters from previous games and the US military who are try to find out what has been going on.

As well as a fresh take on the story, Resident Evil: Operation Racoon City also moves away from the usual survival horror pacing. It promises more squad based action (including the option of online cooperative play), as well as redesigned controls.

Slant Six, the developer, has promised that along with these innovations the new game will also maintain the sense of horror the series is famous for. By interweaving stories and characters from the other games Resident Evil: Operation Racoon City should have some interesting hooks for fans of the series. Hopefully the shift in direction will attract more players than it puts off when the game is released.

Resident Evil: Operation Racoon City will be released on 360 and PS3 late in 2011.