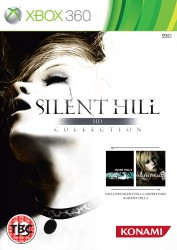 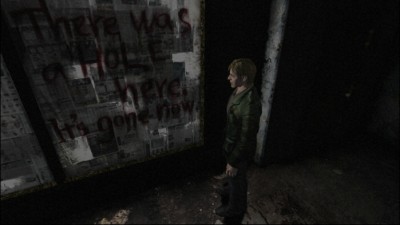 Silent Hill HD Collection injects its two most popular games with updated visuals and new recordings from the original cast.

The important thing to note about the Silent Hill HD Collection is that it is a collection, not a trilogy. Many of the recent HD Classics series - Prince of Persia, God of War, Tomb Raider, even the Sly Collection - have packaged a trilogy of the classic titles into a bundle.

The Silent Hill HD Collection is an updated version of the PS2 games Silent Hill 2 and Silent Hill 3 only, so those expecting to see the first title recreated will be disappointed.

Quite why the first game has been left out is unclear, although the PlayStation original has already received a "re-imagining" in the form of Silent Hill: Shattered Memories (Wii). Perhaps including an HD update of this would have been more appropriate to complete the story.

It's a pity, because while the PS1 version is, of course, still perfectly playable on the Playstation 3, this is the first time the series has been available for the Xbox 360 and it would have been a great opportunity to introduce a new section of gamers to this terrifying psychological horror series.

What is provided seems extremely promising, however, as this HD update even features a re-recorded soundtrack and dialogue. The developers have managed to secure the talents of the original voice cast, ensuring that this is as faithful to the source as possible and probably benefits from a few years extra experience in producing quality voice tracks for games.

Furthermore, the HD update of Silent Hill 2 includes all the additional content from the Director's Cut version of the game, making this a much more comprehensive re-release than it at first appears.

Silent Hill HD Collection is currently planned for release on the Xbox 360 and Playstation 3 on March 29th 2012.


You can support Paul by buying Silent Hill HD Collection