Skulls of the Shogun 360 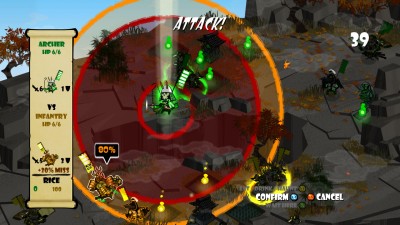 Skulls of the Shogun is a mash-up of strategy and action as well as sorcery and warfare. Featuring four-player local multiplayer and a seamless progress saving feature across Microsoft devices, this promises to be a unique title.

The game is to be released across Microsoft's four main current platforms, which consists of Xbox 360, Windows 8 PC, Surface, and Windows Phone. The game features the ability to synchronise your single player progress wirelessly across all these difference devices, allowing you to play the game on the phone while on the bus, then get home and pick up where you left off on the Xbox 360.

Sadly, each of the platform versions must be purchased individually, meaning that only really enthusiastic fans of this game will likely benefit from this feature. It's a shame that Skulls of the Shogun does not reproduce Portal 2's approach of providing console gamers with a code for a free PC version of the game through Steam.

Skulls of the Shogun is a turn-based strategy game with historical eastern premise, facing off against the ghost of samurai warriors, monks and warlords. Where the cross-platform compatibility really comes into its own is in the asynchronous multiplayer. This mouthful of a description means that multiplayer games can be played a turn at a time, with each player submitting their turn to the game's servers. The next player can then play their following turn at their convenience. This modern take on play-by-mail is a great benefit for those who enjoy multiplayer, but don't always have the uninterrupted time to commit which multiplayer often demands.

Skulls of the Shogun is currently planned for release on Xbox 360, Windows 8 PC, Surface, and Windows Phone on the 30th January 2013.


You can support Paul by buying Skulls of the Shogun