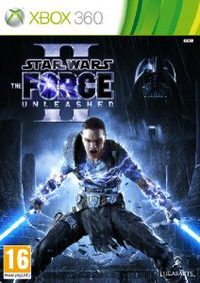 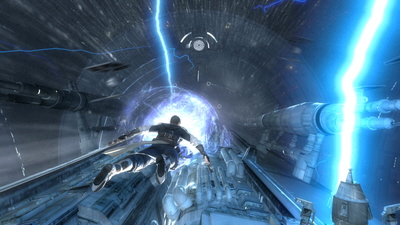 The original Force Unleashed was the fastest selling Star Wars action adventure. So - despite the ending appearing to preclude the possibility of a sequel - those clever script writers have managed to provide more adventures for hero, Starkiller.

Quite how you escaped his fate isn't clear, but the sequel involves Vader trying to create a clone army of Starkillers as you escape his clutches and seek your unrequited love Juno Eclipse.

If this continuation of the story is to fit within the Star Wars canon, much will need to be explained, but exposition and entertaining plot was the major selling point of the first game, so I can't wait to find out.

The original Force Unleashed suffered some damaging bugs and control issues, which from playing the recent demo (now available on Xbox Live) have been resolved. This time the mechanics don't get in the way of fun.

New this time is the Jedi Mind Trick that can force Stormtroopers to fight against one another, which coupled with the realistic movement of the Euphoria animation engine leads to some amusing battles. Force powers have also been amplified with the Force Fury attack that can spectacularly crush the Empire's largest war machines. Those new powers and the improvements to using the original ones should separate this from other action adventure games being released this winter.

You can support Paul by buying Star Wars: The Force Unleashed II