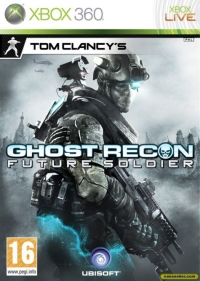 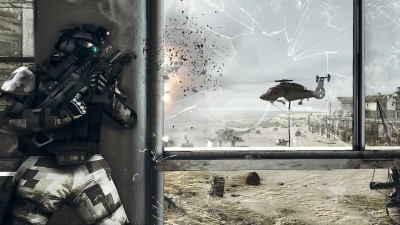 Tom Clancy's Ghost Recon: Future Soldier is Ubisoft's fifth instalment in the long running Ghost Recon franchise. Moving the strategic action series out of modern conflicts and into the future battlefield sees it combining its trademark realism with high-tech equipment currently in development.

It's been delayed a few times since being announced. Originally slated for a 2010 release. It is now reported to be missing its more recent window of quarter one 2011, instead slipping to an unstipulated date between April 2011 and March 2012. Having been granted such an abundance of extra time I'm hoping that Ubisoft Paris are pulling out all the stops.

Future Soldier sets you against a Russian nationalist force as the conflict moves through a variety of locations - Norway, Middle East and Asia. It will be primarily a third-person perspective, switching to first person when in cover. With equipment like optic-camouflage and drones gracing the Ghost Recon members the door is certainly open to mix up the tactics for the based squad-based shooter.

With no firm date set beyond fiscal 2011 Tom Clancy's Ghost Recon: Future Soldier is probably still quite a way off.