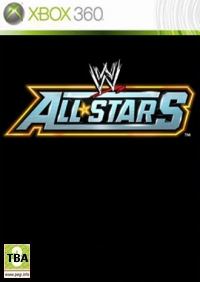 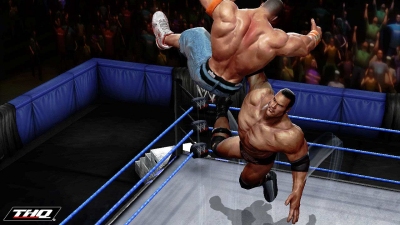 WWE All Stars wants to connect a new audience to the main WWE Smackdown Vs. Raw 2011 iterations. Rather than the mind boggling WWE roster, All Stars keeps things casual with just the classic wrestling stars.

The emphasis is on frantic fun rather than muscle bound theatrics. Each WWE Superstar is rendered in stylised high definition so that what is lost in complexity from Smackdown is then spent on aesthetics.

The same combinations of high-flying, hard hitting moves promise to let players explore a variety of grapples, standing and running attacks and combos. Alongside this, each Superstar has their own signature moves, abilities and finishers.

WWE All Stars will be released early 2011, once the dust has settles on WWE Smackdown vs Raw 2011. It will be available on Xbox 360, PlayStation3, PlayStation2, PlayStationPortable and Wii.

You can support Paul by buying WWE All Stars