Zone of the Enders HD Collection 360 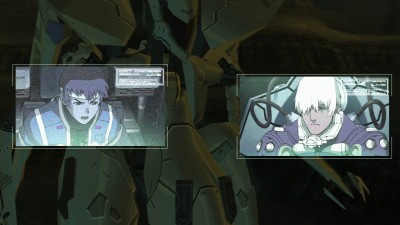 Zone of the Enders HD Collection is a great opportunity to catch up with an underrated classic, with great anime art design and animation.

The original Zone of the Enders was a bit of an oddity when it first came out over here. Kojima Productions were a big name after the massive popular and critical success of Metal Gear Solid and the world was awaiting the Playstation 2 appearance of Metal Gear Solid 2: Sons of Liberty.

It's a somewhat comical repeat of history for Zone of the Enders that the HD collection (featuring HD remakes of Zone of the Enders and Zone of the Enders 2nd Runner) should feature a bundled demo of the new Metal Gear Rising: Revengeance. Hopefully it won't muddy the water as much as it did in 2001: Zone of the Enders' giant fighting robots in free 3D space is less of a new idea than it was 10 years and gamers will know better what to expect.

This is a great opportunity to really get to grips with a great game experience and appreciate the lavish anime art style and animation and the incredible visual design of the mechs themselves, upgraded to beautiful HD. The games feature local splitscreen multiplayer and is available for the first time on Xbox 360, whereas the original games only being released on the Playstation 2. Lots of other nice things like Trophies and Achievements have, of course, been included in the update.

Zone of the Enders HD Collection is currently planned for release on the Xbox 360, Playstation 3 and PS Vita on the 30th November 2012.