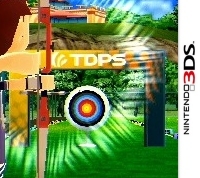 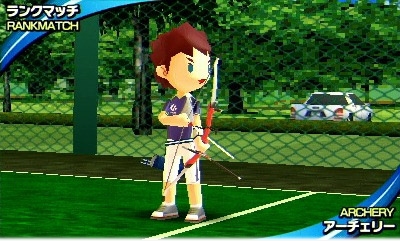 Double Pen Sports 3DS promises some innovative multi-touch controls. Regardless of these novelties though, it looks like an interested set of sporting minigames on the new handheld.

Double Pen Sports (Duo Pen Sports elsewhere) on the 3DS doesn't just look like Wii-Sports it attempts to play like it too. In an unusual control scheme for a Nintendo touch screen game it promises to grant players control via two styluses. This enables it to function like the Wii's duo of Wii-mote and Nun-chuck.

It remains to be seen if these controls are fully functional on the 3DS or if it's simply a two stage action. But certainly, the idea of a sports game that mirrors Wii-Sports Resorts Archery controls is an interesting one. It also possibly points to multi-touch capability of the 3DS's bottom screen, something that would make sense in light of games coming across from Android and iPhone platforms where that touch technology is commonplace.

Double Pen Sports is expected to be released in the Spring.

You can support Paul by buying Double Pen Sports