Troopers Staying 'Over There' 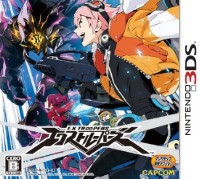 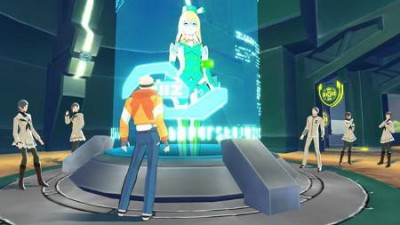 EX Troopers is a spin-off from frosty ice-world shooter Lost Planet. Sadly, the chances are we won't see its loveliness in Europe.

Lost Planet has a fairly dedicated following, enough to set it apart from the legion of thirdperson shooters which are available on the PS3. Of particular excitement though is the new 3DS iteration, E.X. Troopers, set in the Lost Planet universe but featuring Monster Hunter/Phantasy Star-style multiplayer co-op.

Thirdperson shooters are few and far between on the 3DS and, blessed with a new wireless co-op multiplayer and cel-shaded anime graphics, E.X. Troopers looks like a title that would add much-needed depth to the 3DS library of games.

E.X. Troopers promises to be a real treat, mixing shooting with melee attacks (for example, punching an enemy up into the air and then shooting them in suspension) and zipping around the mazes with a rocket pack.

Unfortunately it appears that there won't be a western localisation for this game or its PS3 counterpart, meaning that Lost Planet fans will have to import E.X. Troopers and manage the best they can with the huge amount of Japanese text.

Here's hoping that Capcom change their minds and push for a translation of this game for 3DS and PS3.


You can support Paul by buying E.X. Troopers