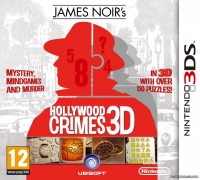 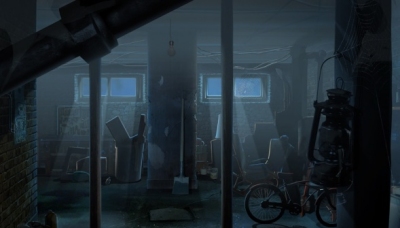 James Noir's Hollywood Crimes 3DS is a mystery puzzle game, a genre that has prospered on the DS. Whether it succeeds on the new handheld may provides clues to the future of 3DS games.

With a strong line-up of titles during the console's first few months, Ubisoft clearly have a lot of faith in the potential of 3DS. These eight games cover most genres and players: there are racers and Tom Clancy games for older players, and for a more traditional Nintendo, family friendly audience new Rabbids and Rayman games. With big name franchises and an emphasis on the 3DS's graphical wallop, it's a line-up of games that you might expect on any new console.

In including James Noir's Hollywood Crimes in that line-up, Ubisoft are clearly exploring the extent to which 3DS will inherit the wider gaming audience built by its predecessor console.

Following the huge success of Professor Layton and Dr Kawashima, the old 2D DS saw a large number of lower profile puzzle and mystery games released, titles that have focused on straightforward brain teasers over fast action and high production values. If it's successful, Hollywood Crimes could signal a similar gold rush of low-octane, low-budget puzzlers for the 3DS.

The premise sounds conventional enough for this sort of thing, with a contrived twist: as the murders are taking place on the set of a TV game show, there will be two levels of play, the mystery puzzles and the games within the game. The early 1960s setting suggests a certain Mad Men stylishness to proceedings.

Will the more casual audience who lapped up these games want to grab a (relatively expensive) new 3DS and continue the habit on the new console? It's an open question, but Ubisoft are scrupulously pushing every USP of the 3DS in Hollywood Crimes: not only do puzzles often rely on the manipulation of 3D objects, but the game will use data and images stored on the 3DS to personalise the experience.

At the moment it's hard to tell whether these innovations will be jaw-dropping game changers or just gimmicks draped over a very standard mystery game. We won't have long to find out: James Noir's Hollywood Crimes is released on 28th October for Nintendo 3DS.