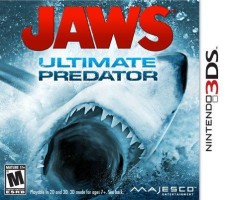 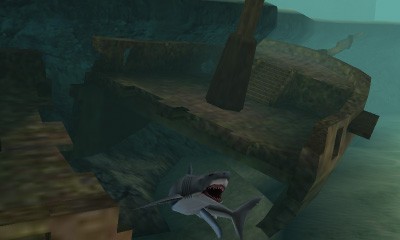 Jaws: Ultimate Predator brings a unique spin to the drama of survival horror. This time you get to be the shark.

Jaws: Ultimate Predator is a game which allows the player to taken on the role of the famous shark and rule the seas as a terrifying hunter. The game enjoys the benefits of an official license to co-exist with the classic Spielberg movie and the book which inspired it. This should allow for some familiar chomping around the coast of Amity Island, looking for unwary fishermen and drunken college students.

As well as this, the tables are turned and the player will have to fight to survive against an army of hunters who are looking to end the shark's reign of terror. It will be an interesting take on the classic story, witnessing events from the perspective of the shark whose territory is being trespassed upon by humans.

Not that people are the only enemy; Jaws: Ultimate Predator also promises to deliver some epic undersea tussles with beasts of the ocean, such as Killer Whales and Sea Serpents. There are no weapon powerups here. All the tools the player has to survive is speed, tail flicks and of course those terrifying jaws. As blood blooms fill the water it is clear that this a title aimed at older players.

The 3D effect is very well utilised, with the deep blue ocean stretching away into the distance and the thrashing tail of the famous Great White projecting nicely out of the screen. This is definitely a title where the 3D adds a huge amount of immersion.

As far as I can see, though, surely the mostly important feature of an official licence for JAWS which should make an in-game appearance is John Williams' iconic signature tune. My only fear is whether or not the small speakers on the 3DS can do the bass melody justice. Maybe I'll be digging out the external speakers again.

I would personally relish the chance to swim into combat knowing that the famous music was my theme tune, rather than something to fear. Sing it with me - you know you want to! Derr-dun. Derr-dun. Dun-dun-dun-dun...

Jaws: Ultimate Predator is currently planned for release on the Nintendo 3DS and Wii towards the end of 2011.


You can support Paul by buying Jaws: Ultimate Predator