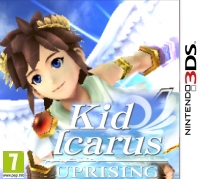 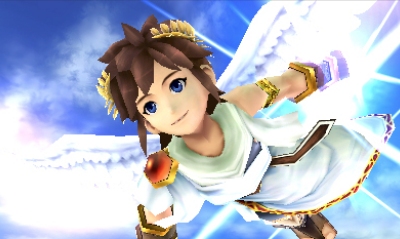 The original Kid Icarus drew from Nintendo's other popular franchises, featuring Mario's jumping ability, the item-enhanced abilities of Zelda, and shooting from Metroid. The existing Kid Icarus games for NES and Gameboy are fondly remembered, but didn't lead to the ongoing sequels of those other classics.

Uprising will see the return of the Greek angel Pit, battling against a reborn Medusa. There will be a range of mythological monsters to content with, through a range of aerial and ground-based encounters. It looks like there will be a heavier emphasis on shooting over platforming, compared to classic Kid Icarus.

The 3DS naturally represents a huge jump in technology for Kid Icarus. Uprising will utilise the updated look of Pit and the goddess Palutena seen in Smash Bros Brawl.

The control system will utilise the analogue circle pad for movement, shooting with a shoulder button, while using the stylus for targeting, controlling the viewpoint, and executing quick dodges and dashes.

The release date for Kid Icarus: Uprising on 3DS is yet to be announced.


You can support Paul by buying Kid Icarus: Uprising