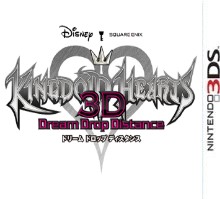 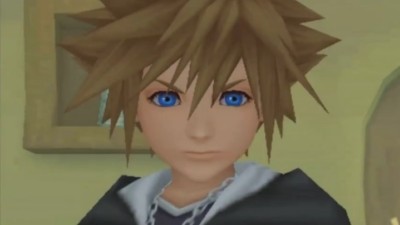 Kingdom Hearts Dream Drop Distance might be a mouthful, but this latest entry in the popular Disney/Final Fantasy crossover fiction is set to revel in the features of the 3D handheld.

Kingdom Hearts is due to make its 3DS debut with a brand new entry in the series, rather than a remake or a side-attraction. Kingdom Hearts has previously appeared on the DS, which sadly didn't have the horsepower to recreate the incredible Disney visuals. Hopefully this new entry will rectify that and more with spectacular 3D scenes.

The excitement of a new Kingdom Hearts game is as much about which of the rich Disney worlds the new game will give players a chance to explore as it is about new features. So far there is little firm info about which Disney characters will feature in the adventure, save for the appearance of Quasimodo in the trailer and we are promised new Disney environments not yet seen in a Kingdom Hearts game.

Kingdom Hearts 3D will also include monster-catching action, bolstering the heroes with additional abilities as well as providing an addictive side-game to the main quest. With the parallel development with Final Fantasy XIII, it seems like that the monster catching will be more akin to that title than a hardcore collect-em-up like Pokemon.

For this 3DS instalment of the game players can look forward to some new AR functionality to play with, allowing the creatures captured to frolic in the real world. There is also touch-screen specific gameplay additions include the ability to draw an attack path between multiple enemies, allowing the hero to bounce attacks through a group.

For both fans of the Kingdom Hearts series and 3DS owners looking for more deep and involving adventures, Kingdom Hearts Dream Drop Distance is likely to be an essential title.

Kingdom Hearts Dream Drop Distance is currently planned for release on the Nintendo 3DS in mid-2012.