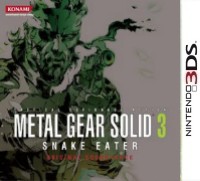 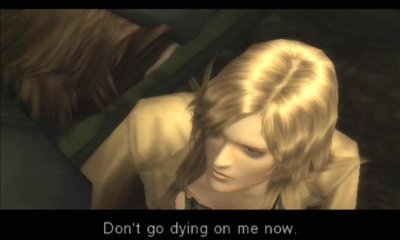 Metal Gear Solid: Snake Eater 3DS is the green shoots of third party buy in to the new console. A new Metal Gear game is big news on any platform, on a Nintendo system it's all the more surprising.

Years after given us a brief glimpse of the potential of hand-held 3D gaming, one of the greatest entries in the Metal Gear Solid series is set to sneak, crawl and shoot onto the Nintendo 3DS.

Since it was first revealed for the 3DS, fans have been longing to see how this epic action-adventure would work on Nintendo's 3D handheld. For keen followers of the Metal Gear series, this isn't the first dip into 3D territory for Solid Snake, the gruff, die-hard mercenary at the heart of the story. Metal Gear Acid 2 on the PSP featured an innovative stereoscopic mode which allowed the player to experience the game in 3D with a special viewing box which came with the game. Those with a good memory will also recall that the game also featured, as bonus content, many of the movie sequences from the original Metal Gear Solid 3: Snake Eater in 3D.

Metal Gear Solid: Snake Eater provides a gritty jungle setting, with much of the tension arising from staying out of sight, trying to match camouflage to environment and avoiding detection. With the player's viewpoint often tracking through long grass the 3D effect of the Nintendo 3DS is sure to add an incredible feeling of immersion to an already compelling drama.

With many 3DS titles drawing criticism for lack of content -- in some cases unfairly -- Snake Eater is sure to redress the balance when this truly epic cold war thriller hits the handheld.

Metal Gear Solid Snake Eater is due for release on the Nintendo 3DS in November 2011.