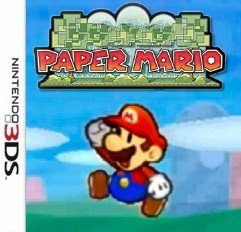 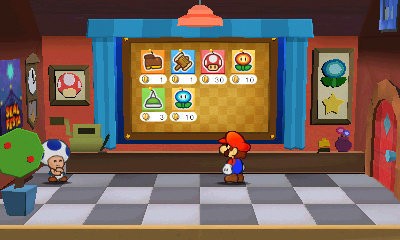 Paper Mario brings its flat perspective view to the platform it was seemingly designed for: the 3DS.

Mario may have made the incredible transition to 3D with the Mario 64, but it is arguably the Paper Mario series which took the most original approach to a 2D platformer being given a third dimension.

In the world of Paper Mario, all of the characters are paper thin. While playing the game in the two-dimensional plane, Mario is vulnerable to spikes, falls, enemies and shells as always. However, when Paper Mario flips into the third dimension, he is able to see the different in depth between the objects, often allowing him to slip by an enemy or find a new route past an obstacle.

It is this planar approach to the design which poses so many interesting questions about Paper Mario for the 3DS. Previous iterations have needed to flip the view through 90 degrees in order to see the depth between objects; but surely the 3DS' display (assuming the 3D slider is on) would allow the player to perceive this for themselves?

With the advanced 3D display it is tricky to predict how Paper Mario will adapt. Is there a danger that the boundary between Paper Mario's style and the upcoming Super Mario 3D Land will become purely a matter of characterisation?

One thing is already clear: the RPG-like approach to Paper Mario is intact, this time with turn-based battles for Mario to defeat his enemies. Paper Mario games are also traditionally more plot-driven than the more escapist Mario adventures, so it will be interesting to see if Paper Mario 3D continues this approach.

Paper Mario 3D is currently planned for release in 2012 for the Nintendo 3DS.


You can support Paul by buying Paper Mario 3D