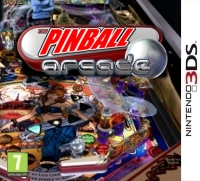 Further reading:
Adams Family machine. If they did that I would buy the game and a 3DS for my entire family -- for pinball educational purposes if nothing else. 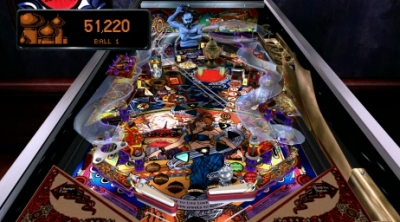 Coming in 2012, Pinball Arcade promises to bring Farlight's critically acclaimed pinball simulation to most gaming platforms (consoles, handhelds and iPhones). In what looks to be a similar approach to Zen Pinballs table by table release, Pinball Arcade will start by offering four tables: Tales of the Arabian Nights, Ripley's Believe It or Not, Theatre of Magic and Black Hole.

From this initial release there is promised to be monthly updates. This ambitiously suggests they will release two new DLC tables each month as well as adding additional online tournaments and head-to-head play. My biggetst question is whether they will be bringing out the illusive and super-popular Adams Family machine. If they did that I would buy the game and a 3DS for my entire family -- for pinball educational purposes if nothing else.

With Zen Pinball (and the excellent Pinball Pulse on DSi-Ware) this may all sound a little familiar. However Pinball Arcade has a trick up its sleeve. Unlike other video pinball options on the 3DS (and elsewhere) this draws its designs from real tables. Williams, Bally, Stern Pinball and Gottlieb are already on board.

This means that, like the Williams Collection (released on 3DS in the US but not Europre) and the Gotlieb Collection, it inherits the thousands of hours of design and refinement that goes into the physical machines. Although this may sound like a minor point, it is this table deisgn that makes or breaks a pinball machine.

You can support Paul by buying Pinball Arcade