Explore Dungeons Around You 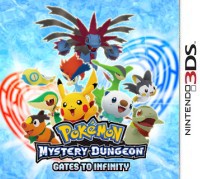 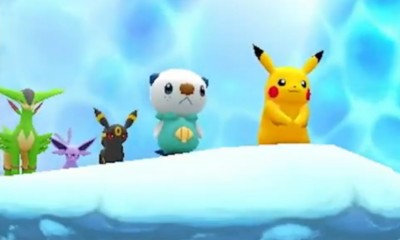 Pokemon Mystery Dungeon: Gates to Infinity is the next in the series of popular Pokemon spin-off games. The usual favourite elements will return, alongside new multiplayer and a potentially infinite number of levels.

In Pokemon Mystery Dungeon: Gates to Infinity, humans take a back seat in favour of a world in which Pokemon themselves can speak and go off on their own adventure. For some, the Mystery Dungeon series feels a little bit more like the animated TV series, in the way that the Pokemon must use their abilities outside battle to solve environmental puzzles. Also to align with the latest series, players will be able to choose from Black and White starters Snivy, Oshawott and Tepig as well as Pikachu and Axew.

The dungeons are at the heart of this adventure and in Pokemon Mystery Dungeon: Gates to Infinity there is a limitless possibility to the dungeons available. The game uses an augmented reality mode to react to any circular shapes you can find with the 3DS camera. Once a circular feature (such as the rim of a mug of a clock face) is identified, that object becomes a portal to a brand new dungeon to be explored. This promises to add a huge amount of longevity to the game.

For multiplayer fans, Pokemon Mystery Dungeon: Gates to Infinity will offer a four-player Wifi co-op mode and is rumoured to support online play, although the exact details are not yet confirmed.

After the slim pickings which Pokemon Rumble Blast offers, this looks like a great new 3DS title and a big step forward for the series. We will eagerly listen out for more details.

Pokemon Mystery Dungeon: Gates to Infinity is currently planned for release on the Nintendo 3DS on the 24th March 2013 in the US. A European release date has not been confirmed at the time of writing.


You can support Paul by buying Pokemon Mystery Dungeon: Gates To Infinity