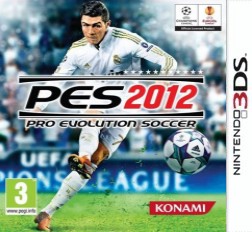 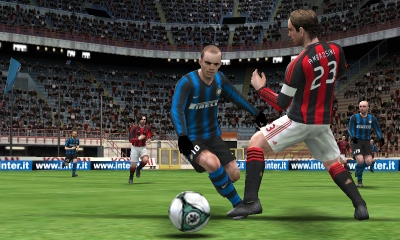 After a few shaky iterations on the DS and other handheld consoles (ed: that will be the PSP then, or is this the Leapster again?), Pro Evolution Soccer 2011 finally found a portable home on the 3DS, providing fine-touch control, a great sense of 3D depth and the graphics power the series needed.

PES 2012 is positioned to follow on from that success and build upon it with a range of new features which should enhance the Football experience and provide gamers with more options.

Firstly - and most importantly - Pro Evolution Soccer 2012 3D will feature multiplayer via Internet, a feature which fans of PES 2011 3D were keen to see. It's also refreshing to see Internet multiplayer as an option on a 3DS game as it is an option which Nintendo often passes over in favour of local wireless multiplayer only.

The other appealing feature of PES 2012 is enhanced StreetPass functions which will allow players to customise opposing teams in Singleplayer with the personal details acquired from other gamers via StreetPass. This should encourage some great rivalry and banter, particularly among fans that pass each other regularly.

However in spite of an October release for the other versions of PES 2012, it looks as though 3DS gamers may have to wait a little longer for this instalment of the series.

Pro Evolution Soccer 2012 is expected for release on the Nintendo 3DS in early 2012.


You can support Paul by buying PES 2012