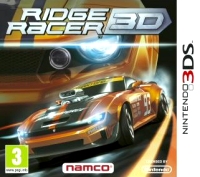 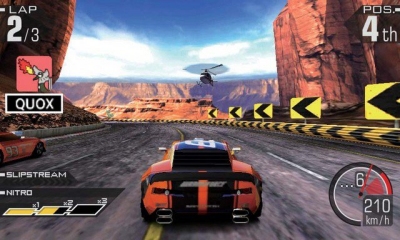 Ridge Racer 3D accelerates out of the turn to join the pack of 3DS launch titles.

This latest addition to the Ridge Racer series hopes to benefit from the extra depth of field provided by stereoscopic 3D to give you a more natural sense of distance. It's also promising some impressive graphical effects, such as flying dirt on rough terrain.

Ridge Racer's characteristic drift racing is being made more accessible, with the addition of a one-button drift feature aimed at lowering the bar for younger players. The penalty for hitting walls or other vehicles will also be less severe than in previous games.

Muscle cars and American-inspired locations, including Miami-like coastal track and a mountain range a la Nevada, are joining the previous line-up of more European cars and races.

Ridge Racer 3D will include local ad-hoc multiplayer for up to four players, but no online multiplayer. Swapping ghost data and records through the Street Pass system will also encourage competition with friends.

An exact release date for Ridge Racer 3D has not been confirmed, but it's expected close to the release of the 3DS in March.


You can support Paul by buying Ridge Racer 3D