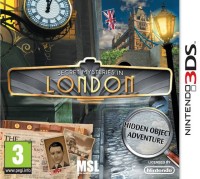 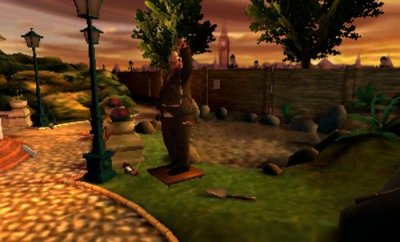 Secret Mysteries in London brings its own take on the hidden object adventure genre into 3D. Hopefully this will herald the start of a more casual market for the 3DS.

The 3DS has begun to build something of a more respectable library of titles in recent months, but most of these have been titles for core gamers. The success of the DS was buoyed, at least partly, on a range of successful puzzle, adventure and word games which gave the handheld a more effective presence in supermarkets and other non-specialist retailers.

Of these more casual titles, the Secret Mysteries series are among the most well produced and most popular titles. With Secret Mysteries in London, gamers can look forward not only to a new adventure, but to the great locations coming to life in 3D. So far the game looks intriguing, with 1920's London and other locations rendered in wonderful detail.

A Hidden Object game sees players moving from place to place and searching for items within a static scene. It's derived from the old adventure game format, but without the point-and-click control of an on-screen character. In a manner similar to Professor Layton and the Lost Future finding certain areas will trigger a puzzle game, while some objects are needed to progress.

Whether or not this does represent a larger change in the market for 3DS games, Secret Mysteries in London will be hoping to win 3DS owners over with its casual gameplay and rich story when it is released next year.

Secret Mysteries in London is currently planned for release on the Nintendo 3DS on February 12th 2012.


You can support Paul by buying Secret Mysteries in London