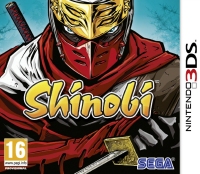 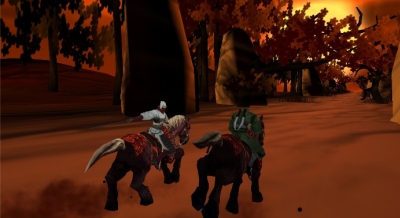 Shinobi is one of the longest standing action platform games. Since it was first released in the arcades of the early 90's the franchise has been shaped to a variety of formats -- although none quite as successful as that first outing.

Shadow Dancer came closest in its Megadrive release but still alcked the focus on reaction times and sense of drama found in the arcade. Shinobi on the 3DS hopes to set this straight with a reboot of the game made exclusively for the 3D handheld.

Shinobi tells the story of Jiro Musashi, leader of the Oboro and father of Joe Musashi -- the same hero as in the original games. It promises to provide a new combo system that switches between melee, ranged and acrobatic attacks and enable players to tackle each level as they see fit.

Even with the brushed graphical style, first impressions of the game are a little derivative -- although the same could be said for the arcade original. If they are able to capture that same sense of action-drama as the acrade machine this could be a much needed addition to the 3DS's flagging list of third party games.

Shinobi is released on 11th November on the Nintendo 3DS.

You can support Paul by buying Shinobi