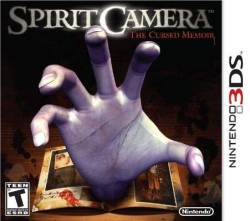 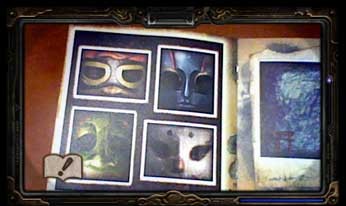 Spirit Camera: The Cursed Memoir uses the 3DS camera to hunt ghosts and unlock secrets in the real world.

Spirit Camera: The Cursed Memoir is a supernatural adventure game in which you are challenged to use the 3DS camera to uncover ghostly happenings in an old haunted house. It looks to be a terrifying adventure, with plenty of creepy artwork and atmosphere.

The most fascinating element of the game comes in the form of a 16-page physical booklet of ghostly faces, which comes with the game. This booklet is a set of AR images for use with the game. Pointing the 3DS camera at the images in the book will unlock parts of the story, bonus game modes and other AR tools, such as one which allows you to take pictures of your friends and surroundings and the photo will reveal the hidden spirits around them.

It's a great idea and it's really good to see some 3DS developers taking on board the possibilities offered by the 3DS' AR capabilities and using them to create compelling games. Hopefully the game will turn out to be as interesting and as scary as it sounds when it is released. I'll be interested to see how the story blurs in-game events with interactions with the real world around you.

Spirit Camera: The Cursed Memoir is currently planned for release on the Nintendo 3DS on April 13th 2012 in the US, with a European release expected shortly after.


You can support Paul by buying Spirit Camera: The Cursed Memoir