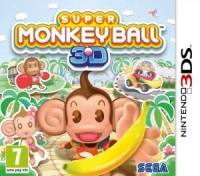 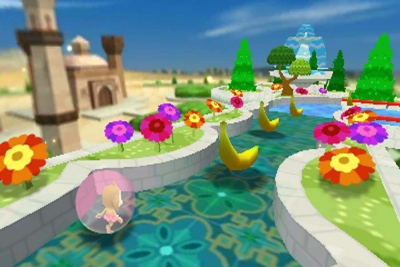 Super Monkey Ball comes to the 3DS and the more you think about it the more sense it makes. Slide controls, gestures, and the 3D high resolution screen promise to return us to knife edge puzzling perfection.

Super Monkey Ball has always been Nintendo's happy bed follow - since it first appeared on the Gamecube and set the world a-chatter. On the 3DS it all makes more sense when you remember the new console's inclusion of gyroscope and accelerometer motion detectors. Then there is the option of the Slide pad controls for the sort of precision expert players have missed in previous Wii and DS versions.

Combine these motion controls with a high resolution 3D hand held device and it's one of Monkey Balls most promising ideas since it came to the Wii. The question though, is whether the team can recapture the glee, delight and horror of that first Gamecube release.

You can support Paul by buying Super Monkey Ball