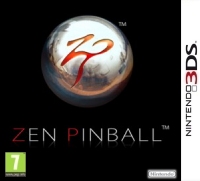 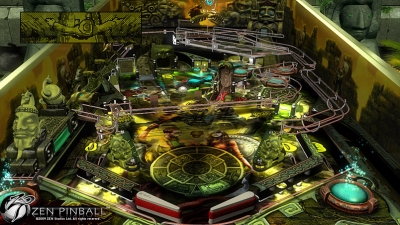 Zen Pinball brings realistically modelled silver ball action to the 3DS. The longstanding console series may not include official tables like the Williams or Gotlieb collections, but until they come to the 3D handheld this will do very nicely.

Zen Pinball for the 3DS features four tables previously released via the Pinball FX series for the Xbox 360 and PlayStation 3. This includes the previously PS3-exclusive tables Shaman and El Dorado, and Excalibur and Earth Defense, previously downloadable on both s Xbox 360 and PS3.

The DS has been surprisingly short on real world pinball sims (barring the excellent Pinball Pulse on DSi-Ware, so this is a welcome addition to the 3DS catalogue.

Zen Pinball 3DS will also offer hot seat multiplayer and online leader boards. It will be released via the eShop as a downloadable title early December.

You can support Paul by buying Zen Pinball