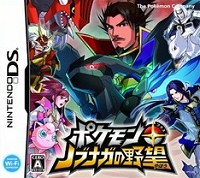 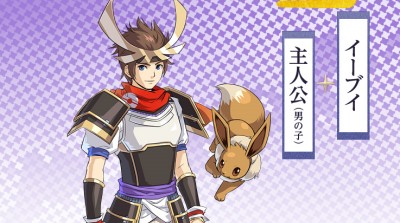 Pokemon + Nobunaga's Ambition is a crossover title, mixing the creatures from five generations of Pokemon with an established series of strategy games set in feudal Japan.

The Pokemon series has never been afraid to mix its collection and rock-paper-scissors battling into different games, leading to such titles over the years as Pinball, kart-racing and even the Pokemon Rumble dungeon crawler. This is first time, however, that the Pokemon fiction has been so completely combined with another franchise (excluding Smash Bros, of course).

Nobunaga's Ambition itself is a series of turn-based strategy games which have never yet seen a European release and only once seen a release in the US as a downloadable Virtual Console title. This makes any potential crossover with the universally popular Pokemon franchise something of an unknown entity here in the UK, but I would say that the promise of high quality Manga-style art design, historical setting and turn-based strategy could well provide a captivating injection of ideas for the Pokemon series.

It's also an odd move for Nintendo to be releasing such a significant milestone for the Pokemon series and a new lease of life for the Nobunaga's Ambition series on the humble DS, given that so much of their recent creative push has been for the 3DS handheld.

The game appears to be the kind of oddity rarely seen outside Japan, but a recent Nintendo conference has reportedly given serious consideration to the localisation of Pokemon + Nobunaga's Ambition for Western markets. The possibility alone of an in-depth turn-based strategy game based on Pokemon powers seems like a dream come true.

Pokemon + Nobunaga's Ambition is currently planned for a Japanese release on the Nintendo 3DS on March 17th 2012, with no word yet as to a firm western release.


You can support Paul by buying Pokemon + Nobunaga's Ambition