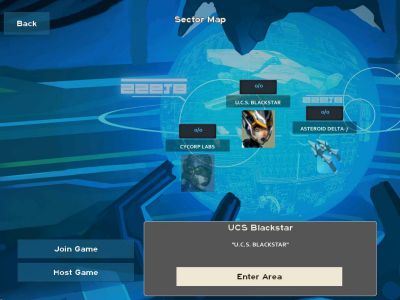 Blackstar promises to unite players by removing the iPhone/Android platform barrier we have grown all too accustomed, while the free-to-play model should ensure a high head-count.

With their upcoming massively-multiplayer online role-playing game (known as MMORPG) Spacetime Studios are aiming for a persistent game world for all players, regardless of whether they are playing on an iPhone or Android based phone or any other portable device for which the game is released.

In spite of the market trend for most games to be released across multiple formats, gamers have become accustomed to having to play against or with players from their own platform. Similarly, in the mobile phone market, there is often a disparity between apps available for iPhones and Android devices. However, Spacetime Studios are aiming to make this a thing of the past with true cross platform software and connectivity between players.

Combined with an impressive 3D engine as demonstrated by their free-to-play Fantasy MMORPG Pocket Legends, Blackstar is looking to provide fans of online battling and looting with a questing fix while on-the-move. With simple touch-screen controls and quick-links for chat and emote options, it's very easy to communicate with nearby players and adventure together.

Spacetime Studios continue to be committed to the free-to-play model so when this game is release it is sure to create a huge following and deliver a busy, populous universe of adventure.

Blackstar is due for release on the iPhone and Android devices towards the end of 2011, while Pocket Legends, Spacetime Studios' previous title, is available now.


You can support Paul by buying Blackstar