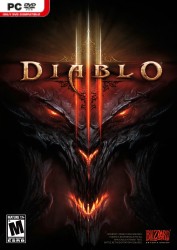 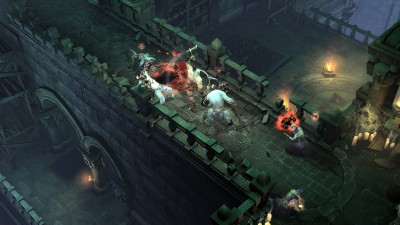 Diablo III brings its own take on dungeon crawling and loot-grabbing; but it's the boundary between real and imaginary profits that are attracted the most attention.

Diablo III is the long awaited entry in the fantasy-roleplaying series. Set in Sanctuary, this game promises a huge new range of options for new and old players. The game will feature randomly-generated levels, to make sure that every quest feels fresh and suspenseful. Diablo III also features Runestones, which can be connected to skills and powers to allow for added effects, which sounds a bit like the Junction system in Final Fantasy VIII.

Co-operative play should also feature, with 4-player online teams able to quest together and share loot and resources. There does not appear to be any facility for local co-op, which in some respects is a pity, although online co-op will at least allow every player to use their own developed characters.

Followers expand the game from simply focusing on the development of a single character to the building of a personal team. These in-game support characters travel with you and have their own skill trees which can be grown as well as being additional characters in the story.

An interesting feature is the item auction house. Some followers are Artisan characters who can be developed to create rare and powerful items to aid you on your quest. The games developers have announced that these items can be sold between players either for in-game gold or for real cash transactions. This seems like an area ripe for abuse but Blizzard seem confident they have created a framework which will avoid devaluing the experience for everybody. With no official items planned by the creators, it appears that Diablo III may democratise the downloadable content market and allow players to share items and set prices at a common level.

Diablo III is currently planned for release on Window PC and Mac and is currently awaiting a firm release date, but is expect in the first half of 2012.


You can support Paul by buying Diablo III