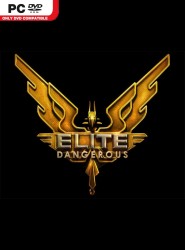 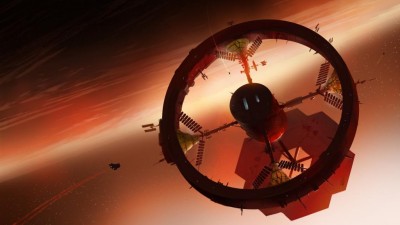 Elite: Dangerous is an update and sequel to the classic series of space trading and combat simulators which inspired a generation and a genre.

Elite is still the template by which all modern space combat/trading simulators are judged. Released in 1984, the 3D wire-frame graphics and open play-style were highly innovative. While other games have improved on the graphics and controls, it is still Elite's feeling of freedom and possibility which is hard to recapture.

Elite: Dangerous is now in development from Frontier Studios, lead by David Braben, who co-developed the original Elite. The game is currently seeking funding via a Kickstarter project which a chance to snag some all-important merchandise and the chance to get your name in the final game as a character.

Gameplay looks promising, most notably an online/offline multiplayer setup which should appeal to all kinds of gamer: Even the single player mode connects to a central database, so that all the market prices and political events from one game are synchronised to all players, giving the feel of an MMO without putting off players who don't enjoy multiplayer. At the same time, Elite: Dangerous will feature an array of multiplayer modes and options to play together.

Despite being marred by some recent negative press around a wave of unfortunate redundancies at the developer, the Kickstarter campaign and development so far are looking healthy and it will definitely be exciting to see Elite make a return. Currently it is still a PC-only project but I am personally hopefully that this game will see life on consoles at a later stage.

Elite: Dangerous is currently in development for Windows PC and is awaiting a release date.


You can support Paul by buying Elite: Dangerous