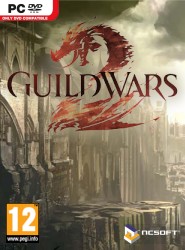 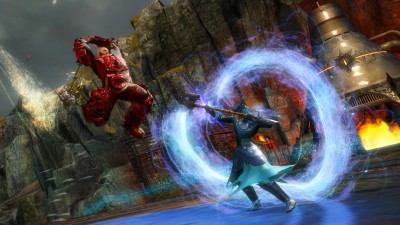 Guild Wars 2 is a massively-multiplayer role-playing game that promises to provide a new take on the online fantasy arena, offering good things for MMO veterans and those still unconvinced by the genre, all without subscription fees.

Guild Wars 2 must be one of the most anticipated roleplaying MMOs around. A friend of mine was so hyped for this game that they were on the edge of their seat just waiting for an invite to the closed beta simply to see what it would be like. Now those that have pre-ordered the game through the NC Soft website have also had a chance to have a go with a limited event.

Guild Wars 2 promises a much improved events system, designed to encourage players to play together, as well as more interactive realtime combat and a more immersive personal storyline with development. The visual design is also striking, moving away from standard fantasy tropes and engaging the eye with Steampunk-inspired visuals and a range of imaginative races.

MMO games have been around for a long time now, but little has appeared recently to convince the unconverted to try it out. With the lessons which Guild Wars 2 has learned from what has gone before, I have real hopes that this game could be a true "next generation" for the online fantasy roleplaying experience.

The icing on the cake is that Guild Wars 2 promises no subscription charges, beyond the initial cost of the game software. This has always been a big selling point for Guild Wars and if the gameplay can marry the best of offline roleplaying with a huge online community this could be a real winner.

Guild Wars 2 is currently planned for release on Windows PC during 2012.


You can support Paul by buying Guild Wars 2