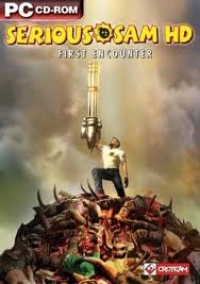 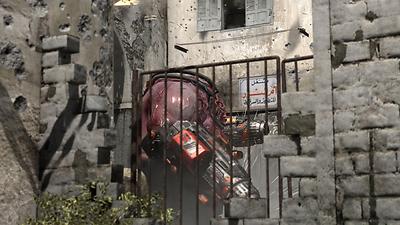 Serious Sam 3: Before First Encounter promises to take us back to a simpler time of gaming. Croteam are eager to keep the frantic and smooth feel of the original as Sam travels back to Egypt to the events that precede the first game.

Serious Sam was always a throw back. Even when first released the gameplay was reminiscent of a bygone era of frantic twitch action shooting at a time when gaming had moved towards pacing, cover and tactics. Serious Sam 3 hopes to continue that legacy for a new generation with dozens of onscreen enemies and smooth frenetic action.

This hold down the trigger, shoot, explode and kill has always been Serious Sam's modus operandi, placing its attention firmly on intense action over graphics. But despite the amount going on at any one time Croteam manages to ensure the game looks stunning, and the action smooth through out.

Despite its classic videogame roots however, Serious Sam 3 will not shun all the lessons of recent years. Blending modern design philosophies with its classic reflex action it hopes to form something novel. A particularly unique features is the inclusion of a co-op sixteen-player campaign (on top of the usual selection of verses modes), translating modern ideas in to the frantic action the series is known for.

With modern shooters leaning increasingly on finding cover and letting health recharge Serious Sam 3: BFE's fast paced game play will set it apart from other shooters on the market more than ever. All that remains to be seen is if it is a difference that will be appreciated.

You will be able to follow Serious Sam 3: Before First Encounter's fortunes when it releases Summer 2011.


You can support Paul by buying Serious Sam 3: Before First Encounter