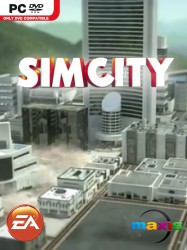 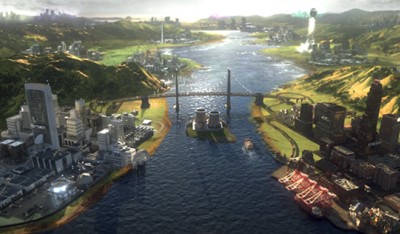 Sim City started the urban lifestyle management sim. Now it is returning to its roots with the first major new title in the series for arguably nearly a decade.

It's the news which will see game widows weeping into their handkerchiefs: Sim City is to make a return with a brand new title set to reboot the series. It's hard to believe Sim City has been away for so long - indeed it still feels very present - but aside from a Wii oddity and a couple of simple ports for the DS the last Sim City title was Sim City Societies in 2007, which eschewed the city and infrastructure building in favour of mere social engineering.

In fact, it's remarkable to consider that it was 2003 when Sim City 4, the last and most complete title in the series, first appeared on our screens. Since then, the world has been enraptured by the microcosmic life of The Sims which was an offshoot of this once popular series.

In Sim City, management returns to sky level and you are challenged you to plan, design and build a functioning city which meets the needs of its massive population's demands. However, far from removing the individual identity of each Sim this massive management game will simulate each individual citizen's satisfaction individually, reacting to jobs, school and parks nearby. Individual Sims may appeal to you directly for changes and you will have to make pledges to meet their needs.

Multiplayer will be one of the biggest innovations to the series, allowing you to create your own city within a region with your friends. It will be possible to co-operate on joint projects to achieve more than an individual city can achieve - such as a space programme - and your actions will have a direct impact upon your neighbours, such as pollution and sharing of emergency services.

Yes: emergency services. Once more the great thrill of Sim City will be planning for and responding to major disasters in your city. It's unknown at this stage whether the game will feature the previous games' option to unleash your own disasters simply to see what happens.

Sim City is currently planned for release on Windows PC in 2013.


You can support Paul by buying Sim City