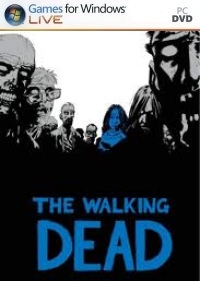 The Walking Dead looks set to distinguish itself from other zombie games, with adventure specialists Telltale concentrating on character and story over action.

Ongoing horror comic The Walking Dead, written by creator Robert Kirkman, has been a huge success with nearly 100 issues published to date, collected and reprinted around the world. As well as the hit TV series from AMC (home of Mad Men), the comic has also spawned a boardgame and some forthcoming spin-off novels, so a videogame was perhaps an inevitable next step.

If the idea of a Walking Dead game is a no brainer, the choice of Telltale to receive the licence suggests this isn't going to be just another survival horror game or zombie shooter to sit alongside established hits like Left 4 Dead or Resident Evil.

Plenty of scope for a chracter-based, story-driven game.

With an impressive portfolio of licensed titles including continuations of Lucas Arts' beloved Monkey Island and Sam and Max adventure series, as well as tie-ins to Back to the Future and Wallace and Gromit, Telltale have specialised in episodic adventure games concentrating on puzzles, story and character.

There's certainly plenty of scope for a chracter-based, story-driven game. The comic has always been more about the drama between the survivors of the zombie apocalypse than gory scenes of the flesh-eating undead, although the threat of the walkers has certainly allowed for some shocking, violent plot twists.

Fans will be pleased that the game takes place within comic book continuity, but foregrounding new characters should leave potential for plenty of the Walking Dead's signature surprises. Beginning slightly before the events of the comic but taking place in the same Atlanta, Georgia setting, the game will feature escaped convict Lee Everett and Clementine, a young girl he meets along the way.

Should distinguish itself from the dribbling horde.

While no gameplay footage or screens have been released, we do know that QTEs will be used in action sequences. The concept art released is in colour rather than the comic's monochrome, but the character designs and style retain the mood of series artists Tony Moore and Charlie Adlard's atmospheric art.

With such strong source material to work from, and a different gameplay style to other zombie games, The Walking Dead should distinguish itself from the dribbling horde of undead videogames when it is released for PC and consoles in 2012.


You can support Paul by buying The Walking Dead