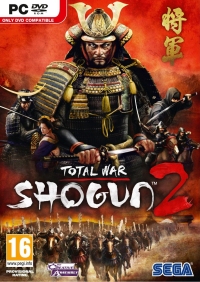 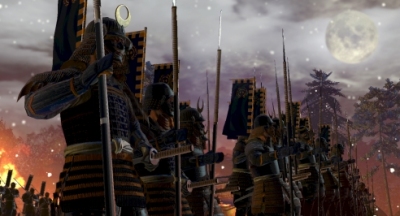 Shogun 2 continues Total War's blend of turn-based and real-time strategy, alternating between managing resources and large-scale troop movements, and the battles themselves.

Focusing on the civil war of 16th-century Japan will make Shogun 2 a smaller-scale but more detailed experience than other recent Total War campaigns, such as the global scale of Total War: Empire. The unit roster has been reduced from hundreds to approximately 30-40. But there will now be unique powerful hero units, and more depth and personality is being promised for leaders and generals.

You control one of several rival clans fighting to unite Japan under a single banner, each with their own military and political strengths. The standard edition includes eight playable factions, with a ninth reserved for the Limited Edition versions.

In an effort to give Shogun 2 a more Asian flavour, the new AI has been inspired by the classic Chinese treatise, Sun Tzu's 'The Art of War'. More varied terrain will play an important strategic role, and there will be new siege mechanics and morale-boosting buildings. Naval battles are also returning. Ninja and Geisha units will be employed as assassins and spies.

Shogun 2 includes seasons, changing with each game turn to provide a dynamic colour palette and unique feel. Online multiplayer battles will include up to eight players, and a new clan system will allow co-operative play and strategic unit-sharing.

Total War: Shogun 2 is scheduled for release globally on March 15th, only on PC.


You can support Paul by buying Total War: Shogun 2