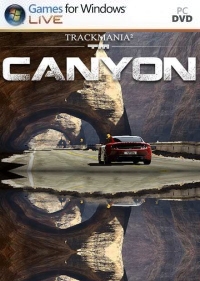 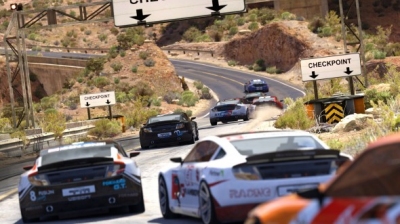 Track Mania 2 Canyon refines the racing model and track creation tools to make it even more accessible and fun for you to jump into for the first time.

Track Mania started as a PC phenomenon. It is a racing game designed from the ground up around community generated content. While the original came with race and puzzle modes, it was the users that created multitude of other game types and the hundred thousand something tracks now on offer.

Track Mania 2 Canyon offers a streamlined creation and racing experience. Developer Nadeo has directed their energies to few key elements that the community have prioritised. They have even going as far as reducing the number of game modes, with the only new feature being car damage.

Foremost has been simplifying the creation toolset. Even without technical editing skills, you can still create interesting circuits. Track Mania 2 Canyon works like Lego, plugging blocks together to create your desired track and helped by an engine that ensures the results look stunning.

The racing model has also been updated whist retaining the series' combination of real world physics and the more outlandish high jumps that are the focus of many tracks.

Track Mania 2 Canyon will be released on PC later in 2011.


You can support Paul by buying Track Mania 2 Canyon