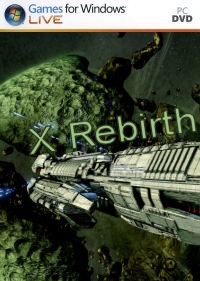 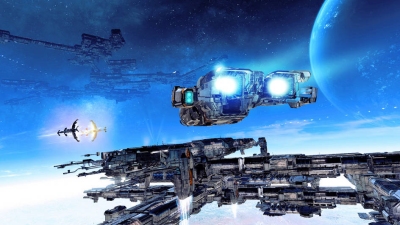 X Rebirth returns the X series to a new beginning, and fresh opportunities for Egosoft's take on the combat space trading genre popularised by Elite and Frontier.

After a long-term success of the X series, games that took the space trading premise of Elite in a high-definition direction, Egosoft have just announced the next game, X Rebirth.

Rebirth is set in the distant future as the X universe faces a period of profound change. Adventures intertwine the unfolding drama as new enemies rise in search of power. We pick up with a young adventurer travelling in an old, beaten up ship. But this is a ship with a glorious past that slowly unfolds.

As its name suggests XRebirth represents a new beginning for the series, that aims to draw in loyal fans and newcomers alike. New this time is a focused on varied gameplay and action-packed combat. New trade mechanics and space exploration enables players to experience a unique saga over many hours of gameplay. These innovations join the existing elements of the X cannon: free roaming gameplay, trading, combat, empire building and missions (or as Egosoft put it: Trade, Fight, Build, Think).

If you missed them the first time, the previous games in the series X: Beyond the Frontier. X2: The Threat, X3: Reunion and X3: Terran Conflict form a comprehensive introduction to the science fiction space trading world.

The announcement comprised a video and press release. A little later Egosoft sent out more detail news direct to players that fleshed out some of the background behind the game and answered the tension between this fresh start and the conclusion of the original trilogy. Bernd Lehahn set players minds at rest "[the original trilogy are] still true. At least partially, But (and it's a big but), adding features to an existing game design has limits. Especially when we talk about the actual gameplay design. Adding so many features that were not originally planned for was a bit like building a higher and higher tower. You run into problems. Problems like a user interface that gets more and more complex and that's rarely a good thing."

X Rebirth hasn't been undertaken lightly, but was the nettle that had to be grasped eventually to move the series forward. Lehahn again "In 2007 we decided we need to cut off that legacy and do a fresh start. We had lots of great ideas how we could achieve many of the things that the X Universe stands for but in a much more elegant and designed fashion. So we did. We threw away the cosy comfortable luxury of having a platform to build on and started with nothing, all for the price of doing things right."

Lehahn surveys the situation after four years of development on their new game, "the closer we came to the release of the game, the more we realised that the spirit of this new game, the ideas that drive the design still share a lot with the X series of the past: Trade, Fight, Build, Thank are still of course all true. Freedom to do what you want in a living and breathing universe."

The challenge for X Rebirth is to seamlessly combine the new gameplay mechanics, visual world with the mythology of the original X saga. Much like the newer Star Wars games, they may have strayed from what fans wanted here and there but they undoubtedly felt like Star Wars. As long as X Rebirth still feels like an X game, Egosoft will have done their job.

You can support Paul by buying X Rebirth