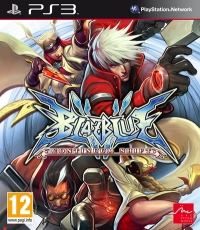 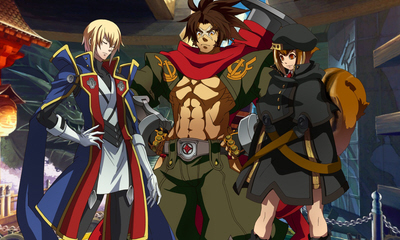 The Blazblue series is a spiritual successor to the Guilty Gear 2D fighting games, which Arc System Works have been delivering since the PlayStation original in 1998. The reason for that series' demise is a dull tale of copyright and lawyers, but the result was one of the best fighters of this generation.

The beauty of Blazblue, quite apart from its spectacular graphics, was the way that it married a deep fighting system with some shortcuts that let those new to the genre access the special moves.

It was also completely bonkers, featuring a small, but extremely interesting collection of characters that led to some ridiculous match-ups. The ease of access to the special moves and the bizarre roster did mean that it quickly became quite unbalanced, putting off the hardcore crowd.

With seven new characters and a re-balancing of powers, Arc System Works is hoping to revitalise interest in this series that deserves to be as big as Street Fighter. Continuum Shift was originally due out in November, but the release date has been pushed back to December. Those that pre-ordered the Fans Edition will now get an extra bonus of a mouse mat featuring new character, Taokaka.

Blazblue: Continuum Shift will be released for PlayStation 3 and Xbox 360 on 3rd December.

You can support Paul by buying Blazblue: Continuum Shift