Get Up and Dance PS3 Move News

Get Up and Dance PS3 Move 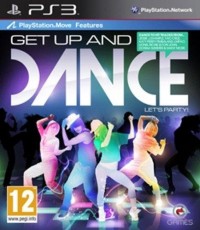 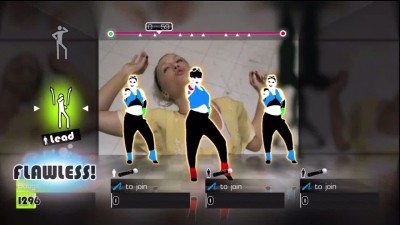 Get Up and Dance is set to give enthusiastic PS3 and Wii party-goers a whole new range of dancing diversions. By including group play, is this the start of re-enacting Glee in the living room?

Get Up and Dance provides some great new options for players who have mastered their solo dance steps and are looking for a new challenge.

After the success in homes and parties everywhere of dance titles such as Just Dance 2, it didn't seem as though dance games had any direction to develop, other than new tracks and an improved interface. Get Up and Dance is set to change all that with the addition of a group dance mode.

Offering the potential to take part as a Lead or Backing dancer, Get Up and Dance also provides multi-player dance routines, with varying choreography. Clearly designed to improve the impression dancers can make on the rest of the assembled watchers, this new feature is a great way to entertain those who like their dances to be more involved and more challenging as a group.

As well as new features, Get Up and Dance hosts an array of hits from the last 20-ish years. The songs announced so far managed to cross a range of musical tastes and even genres, without sacrificing the core requirement for them to be good dancing tunes. A selection of the tracks on offer includes The Pussycat Dolls - Don't Cha, Billy Ray Cyrus - Achy Breaky Heart and Pulp - Common People.

Get Up and Dance is currently planned for release on PS3 Move and Wii on November 4th 2011.


You can support Paul by buying Get Up and Dance