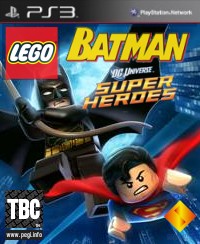 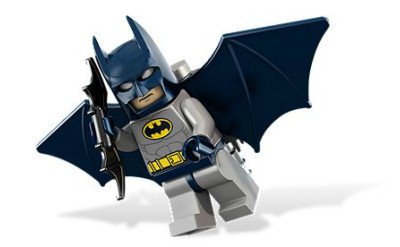 Lego Batman 2: DC Super Heroes offers a return to the carefree cartoon world of a fun Lego licence not constrained by a movie tie-in.

What made the first Lego Batman (Wii) so entertaining was partly that without the need to tie the storyline into the particular events of a movie, the game was free to mine the entire comic book series for situations, locations and villains which would provide the most entertaining abilities and gameplay.

In Lego Batman 2: DC Super Heroes this legacy is continued, this time delving into the wider DC comics universe to include Superman, Lex Luthor, Wonder Woman and Green Lantern amongst others. The developers are promising that you will be able to enable an "expansive" Gotham City environment in this game. Whether or not this means it will feature an open city gameplay like Batman: Arkham City (360) remains to be seen. Lego City Stories has previously been announced, with certainly proves that the game's creator have open-city play currently in development.

New character skills will also be incorporated for the new characters, including flight, super-breath and heat vision. Presumably these are to support Superman. It will be fascinating to see how the Lego games tackle the tricky problem of making Superman's flight playable, especially given that every Superman game I can think of has been appalling.

The Lego games have a reputation for great comic storytelling, fun action and intuitive two-player co-operative play and it will be great to see Batman and friends make a return. Here's hoping for the multiplayer to make it to the handheld versions.

Lego Batman 2: DC Super Heroes is due for release on the Xbox 360, PlayStation 3, Nintendo Wii, Windows PC, Nintendo DS, Nintendo 3DS and Playstation Vita in the summer of 2012.