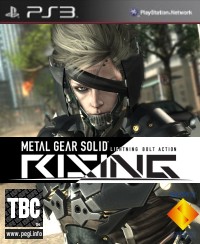 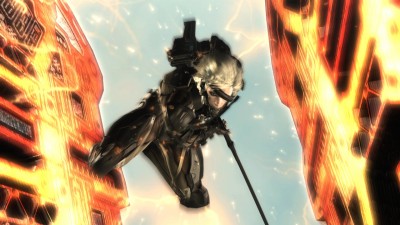 Metal Gear Rising: Revengeance sidesteps the main Metal Gear games to offer a slash-em-up featuring one of the less loved characters from the series.

Many Metal Gear fans remember that first moment in Metal Gear Solid 2 when they suddenly realised that they weren't going to be playing as their favourite gruff-voiced survivalist from the previous games, but rather a slightly whiny and skinny youth with a mop of blonde hair. In retrospect, of course, Raiden wasn't that bad a character - but Konami hadn't done themselves any favours by promoting MGS2 only through the limited section in the opening where players would briefly get to play as Snake.

Metal Gear Rising: Revengeance does not seem to be pulling any kind of bait and switch. Here, Raiden is not only front and centre, but also the figurehead for an entirely different kind of game than Metal Gear has previously delivered. This seems like a sound move, given that the original MGS series' creators are less involved. This game will be a swordplay-based slash-em-up, whose link to the main series will be a continuation of the complex plot.

If Raiden historically seemed a bit fragile, that has now been swept away with a suit of cyborg armour that would make the Stealth Ninja jealous and an electric-bladed sword that seems to cut through human and Metal Gear limbs with equal ease. This is sure to be a bloody title, with huge amounts of up-close dismembering of the enemy.

It's hard to say at this stage how successful this experiment will be with moving away from the Metal Gear franchise's core gameplay. Personally, I found that previous attempts such as Metal Gear Ac!d 1 & 2 were excellent games and a great way to approach the series from a different angle. However, they were not popular upon their release and sold very poorly and even this game has been cancelled once so far during its development. I'll be keeping an eye on how this title develops and (more importantly) whether or not it can decide between calling itself Revenge or Vengeance.

Metal Gear Rising: Revengeance is currently planned for release on the Playstation 3 and Xbox 360 towards the end of 2012.


You can support Paul by buying Metal Gear Rising: Revengeance