Ni No Kuni: Wrath of the White Witch PS3 News

Ni No Kuni: Wrath of the White Witch PS3 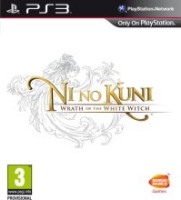 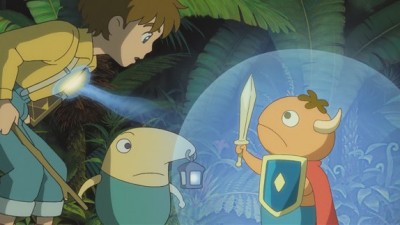 Ni No Kuni: Wrath of the White Witch is a dream collaboration come true featuring a game from the one of the world's best adventure creators with the heartfelt and beautiful animation of arguable the most distinctive animation company around.

Ni No Kuni: Wrath of the White Witch has become something of a legend among gamers who campaign for quirky or distinctive Japanese-only titles to get localised to the west. It's a bit of a strangeness that Ni No Kuni: Wrath of the White Witch wasn't planned up-front as a worldwide release as it's creators, Level-5, are a known and popular quantity over here with the excellent Dragon Quest and Professor Layton series. The cartoon animation has been delivered by the wonderful Studio Ghibli, also well-known in the west for cult hits such as My Neighbour Totoro and Princess Mononoke and are most famous for the Oscar-winning Spirited Away and Howl's Moving Castle.

The collaboration of these two creative giants holds a promise which is almost overwhelming, but Ni No Kuni: Wrath of the White Witch looks like it could be up to the task. While there could so easily be a schism between the game world and the cut-scene animation (which, when handled by a different studio could so easily feel tacked-on), in reality it seems from the screenshots and trailers that it can at times be hard to tell the two halves apart. There seems to be an incredible symbiosis at work here and the game is all the more exciting to me for that.

The English translation should be very solid, especially given the amount of voice dialogue in the animation. The little creature who guides the hero seems hilarious, with a broad Welsh valleys accent and, given the quality of the translation that is normally found in a Professor Layton or Dragon Quest game, the whole experience should be perfectly communicated.

Its timing couldn't be better, assuming that the predicted release date holds true. It seems like a long time since there has been a truly beautiful, artful and otherworldly adventure to become lost in (perhaps nothing since Journey). If this game can capture something of the childlike wonder and sense of magic, camaraderie and humanity which are the hallmarks of Studio Ghibli's own films then this could be a truly remarkable and unique game.

Ni No Kuni: Wrath of the White Witch is widely expected for release on Playstation 3 on the 25th January 2013.


You can support Paul by buying Ni No Kuni: Wrath of the White Witch