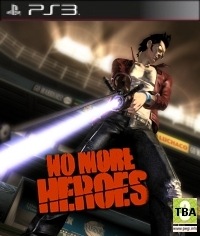 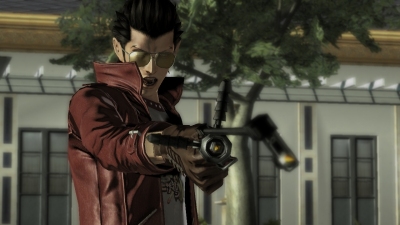 No More Heroes: Heroes' Paradise washes up on the hardcore shores of the PlayStation 3. With Move controls featuring heavily it will be interesting to see how the HD port stands up against bespoke experiences.

No More Heroes, the longstanding bastion of hardcore Wii games is coming to PlayStation 3 in the form of this port of the 2007 game No More Heroes: No More Heroes' Paradise. The game extends its use of motion controls with support for the Move controller.

Paradise offers a chance to revisit the Wii adventure in High Definition. It takes place on the sunny streets of Santa Destroy where you play Travis Touchdown, equipped with his famous light-saber-aping Beam Katana sword. Progress is made by working your way up through the assassin's ranks by killing your opponents.

Unlike the Wii games, on the PlayStation 3 you can choose whether to use a normal Dual Shock or the new PlayStation Move controls. Move controls are at the fore as they promise to grant you a range of melee and Katana assaults by varying your grip and motion.

Alongside the fighting is another quirky adventuring. A variety of sub-mission chores enable you to develop various aspects of Travis' abilities. As in the Wii games, these missions often relate to everyday tasks - shopping, visiting the gym or even just looking after your home and garden.

No More Heroes: Heroes' Paradise is released on PlayStation 3 in 2011.

You can support Paul by buying No More Heroes: Heroes' Paradise