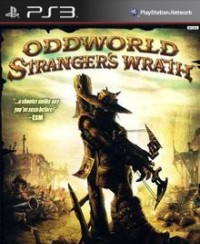 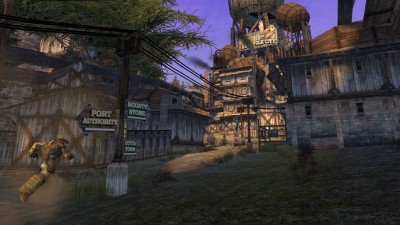 Stranger's Wrath PS3 brings the filmic platforming of Oddworld into High Definition. What was once an Microsoft exclusive should now give a new audience the chance to see what they missed.

Oddworld: Stranger's Wrath originally came out in 2005 for the Xbox as the fourth game in the quirky and popular Oddworld series which began with the classic Abe's Oddysee on the original PlayStation. This is a great chance for gamers who missed it the first time around to see this quirky, humorous and unique title.

For those that haven't encountered it before, the Oddworld games became famous for pioneering rich, high-quality movie animation seamlessly linked with game-play and featuring an engrossing storyline with brilliant characters who captured the hearts of a generation of players.

Now, a HD remake of Stranger's Wrath is in development for the PlayStation 3 as a download title on PSN and promises to feature Move support -- with other new features still to be announced.

Players take on the role of The Stranger, a wild-west-style gunslinger hunting fugitives for bounty. Here, the term "live fire" is taken literally as The Stranger loads his crossbow with a variety of small and cute furry creatures, each with different abilities and uses. The action switches between first- and third-person action and is based in the same incredible universe created for Abe's Oddysee.

While there appears to be strong demand amongst XBox 360 owners for the HD re-release it appears that the developer, Just Add Water, is currently unable to provide a firm announcement. JAW have said "we can't go into all the details, what I can say is we are working with Microsoft to get the title on that platform, however the final decision is not ours." One issue appears to the 2GB limit to XBLA download titles which Stranger's Wrath HD may potentially not be able to meet.


You can support Paul by buying Oddworld: Stranger's Wrath