Ratchet's Multiplayer Still Ahead of its Time 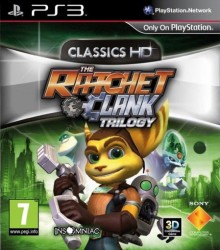 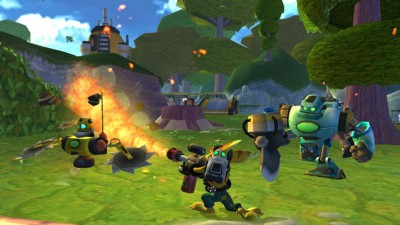 Ratchet and Clank Trilogy HD will update the original PS2 classic games for the PS3's hardware and display. It may also be a better console generation for the online component to really shine.

Today is a day with a "y" in it, so it's time for another up-scaled re-release of a Playstation 2 series. Sarcasm aside, however, the Ratchet and Clank games are among the most consistently brilliant and enjoyable titles around and this will be a great chance to revisit or catch up with them.

Ratchet and Clank Trilogy HD will package together Ratchet & Clank, Ratchet & Clank 2: Locked & Loaded (Going Commando in the US) and Ratchet & Clank 3: Up Your Arsenal. Each of the games will be updated with a high definition resolution and added support for trophies, as one would expect from an HD re-release.

The strength of the Ratchet and Clank series for me has always been the animation and writing, which is consistently way above average among its contemporaries, providing comedy and emotional drama equal to the latest animated feature films. The quality of the level design and visuals made a huge impression when Ratchet & Clank first appeared in 2002. Each planet and city feels like a set from a big-budget sci-fi movie. Hopefully the brilliant humour and quirky characters will stand alongside the refreshed visuals and I can imagine that these games will feel as though they have not really aged at all.

Also included will be the online multiplayer component from Ratchet & Clank 3: Up Your Arsenal, which will be a fantastic opportunity as when this was first released on the PS2, online play on the console was not nearly as widespread as it is among gamers now. For many, this will be a first chance to try it out.

Ratchet and Clank Trilogy HD is currently planned for release on the Playstation 3 on May 16th, 2012.


You can support Paul by buying Ratchet and Clank Trilogy HD