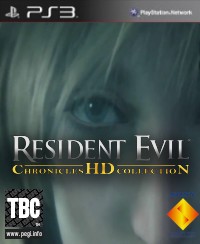 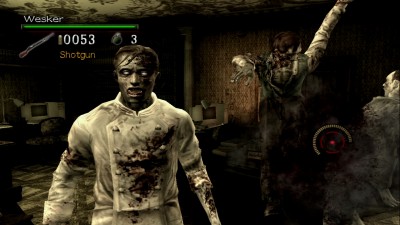 Resident Evil Chronicles HD Collection brings together the two Chronicles games and provides them with a new HD makeover and support for Playstation Move, to promise a story-packed on-rails shooter.

Resident Evil Chronicles HD Collection is a download-only title for the Playstation 3 and offers an update of The Darkside Chronicles and The Umbrella Chronicles. Unlike other Resident Evil games, this title is an on-rails shooter in which you aim at enemies coming towards you on the screen and fire as though your controller were the sights of a gun. This is an updated port of games which were originally released for the Wii.

This version will translate the Wii Remote controls to the Playstation Move controller, which should be a pretty close match. The visuals have also been updated, with a HD display and sharper graphics.

For any newcomers to the series, this game may well be the best opportunity to get to grips with the plot so far. The original version of The Umbrella Chronicles mainly featured a retelling of the events of Resident Evil Zero, Resident Evil and Resident Evil 3, while The Darkside Chronicles covers events from Code Veronica and Resident Evil 2 and provides some new back-story to characters from Resident Evil 4. In short, if you have no idea what is going on, then there is a good chance that if you play all of this collection, it may make some kind of sense.

The story in Resident Evil Chronicles HD Collection is narrated by long-surviving villain Wesker, while players will play from the perspective of many characters from throughout Resident Evil's long history. There are branching sections which offer a certain amount of choice and higher scores in some levels will unlock even more content. Two-player mode allows two controllers to be used so that two players can shoot at the screen simultaneously in co-operative play.

Resident Evil Chronicles HD Collection is currently planned for release on the Playstation 3 via PSN in June 2012.