Scott Pilgrim vs. the World PSN 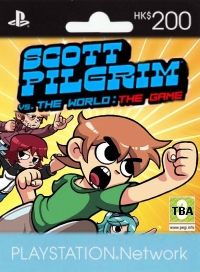 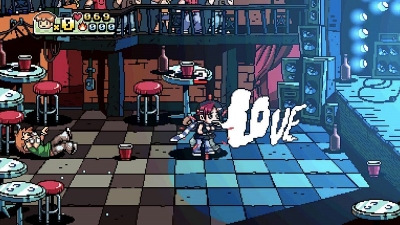 Scott Pilgrim vs. the World returns us to coin-op hay days and Double Dragon game play. Best though, it mixes in modern play styles.

Scott Pilgrim vs. the World is unusual not only because it's a brawler based on Bryan Lee O'Malley's comics, but because it's like revisiting the 90's.

If you remember Double Dragon, Golden Axe and their peers you have a good idea of what to expect here. But like the excellent Castle Crashers although it looks cute and retro the game play is right up to date.

Light and heavy attack are joined by blocks, grabs, specials and assists to create a nuanced and skilful challenge. All of this is rendered in Paul Robertson's exquisitely retro animation.

Favourite so far is the ability to launch a co-op attack by holding the heavy attack button. As you progress, a variety of new moves are awarded to bring a little modern role-play twist to the button mashing.

Playing with 4 people locally is the icing on the 90's gaming cake - bringing a touch of Gauntlet and Quartet to the table.

Waiting for a UK date, out in August in US on PSN and later on XBLA.

You can support Paul by buying Scott Pilgrim vs. the World